Photoshoots, helicopters and the worst fish tacos ever – Our trip to LA

Where do I even begin, oh yeah, at the beginning where we checked into my least favorite airbnb I’ve ever stayed at. Located in Venice Beach, steps from the sand, surrounded by beautiful modern giant homes, looked pretty good on the website, sounded okay… Granted I knew it was going to be small, so I’ll let go of that, but everything else started to work against this place once the lack of sleep set in due to construction crews waking us at dawn every morning as they went about putting together another giant home just outside the window. Did I mention the windows were more like impressions of windows than actual windows. Sometimes I wondered if they were made out of cling wrap. Also, the bed was ridiculously uncomfortable, so by the time we were able to fall asleep we were then promptly woken up by the pounding of framing hammers and saw blades buzzing.

And then there were the two helicopters who circled the building at 7:30am, over and over and over at a low level, until finally we hear on loudspeaker, ‘STEP OUT WITH YOUR HANDS UP.’

Well, Good Morning to you too, I guess…

Despite all that, there were some amazing moments.

The reason we went to LA in the first place, for both Milan and I was to further our craft of photography. To push us to another level. I don’t even know where to begin in thanking Luke Passmore for taking the time out to teach us his techniques. We met Luke and our model Adrienne at Swing Studios on Venice Beach, and if you are a photographer that place is a dream shooting location filled with all the toys you could ever want. However, we did not shoot there as our goal was to shoot at the beach. So, Luke led the way, he directed us and the model for a bit until we were graced with the presence of a 9 year old (enter extreme sarcasm here). Said 9 year old girl began art directing our shoot, getting in our shots and telling us that this wasn’t a real magazine shoot because we didn’t have enough ‘deflectors.’ Which has been a running inside joke for us…Oh and did we mention she’s going to be on the Bachelorette? Oh, no? Well, she told us like 20 times. Oy…So we made our way away from her, continued our shoot with our very sweet model and walked away from the shoot energized, inspired, with new ways of seeing and shooting. 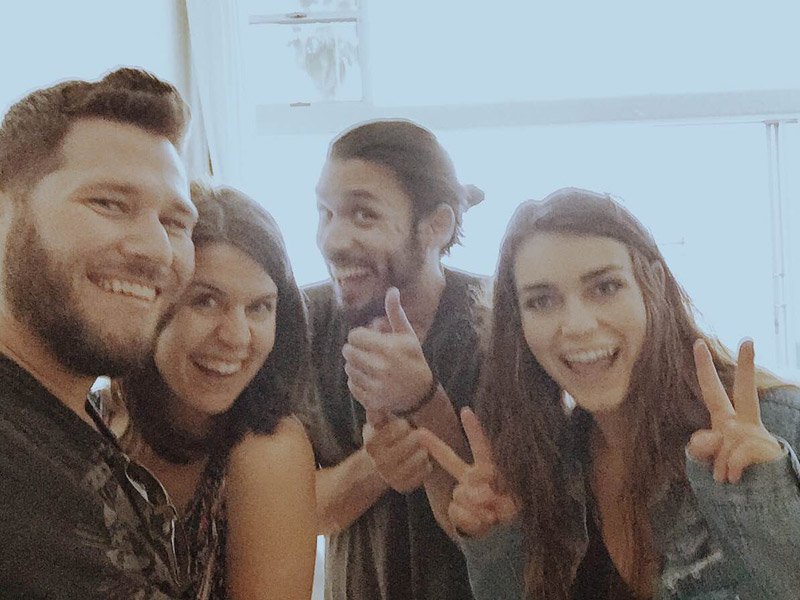 Those few hours shooting and being taught by Luke were worth the 8 hour drive and lack of sleep. Be sure to check out Luke’s work – here and his upcoming workshop in Malibu – here.

After running on a high from our shoot, we knew we had to book another one. So, the stars aligned and a model we had wanted to work with schedule became open and we met up with her for a shoot in Malibu. It was magical 🙂 The cove we shot in had sea caves, warm sand and not too many people around. Not to mention our model Mika was a blast to work with. We chatted with Mika about her career as an artist and actor and all the crazy things that happen in LA.

We also got to meet up with some friends as well. Our friend Erik took us to a Enterprise Fish Co where we splurged and got the seafood tower. Which was my idea of seafood heaven. While chatting over dinner Erik suggested we take a tour of where he works, which is a post production house for the film industry. Lets just say we majorly geeked out over everything, with my personal favorite being watching Erik and his coworker Steve do foley work. It put a whole new level of all that goes into sound design and what it takes to make a film. It was another highlight from our trip.

However, we did have…or I should say, I HAD, the worst fish tacos ever in Venice. You should have seen my face. It was like someone had kicked my puppy I was so disappointed. Which I think is hilarious in hindsight. But besides the horrible tacos, we did have good food in Venice, I loved Gjelina’s, stopped in there after I did a little shopping on Abbot Kinney street. The pretzel burger at 3 Square Cafe was muy delicioso, also on Abbot Kinney.

And last but not least the Korean BBQ we had in the OC (after making an epic drive through murderous traffic, actually it’s hard to call it traffic, it felt more like a moving parking lot…for 2hrs) was so so good, all you can eat and shared with a photographer friend we made on instagram. 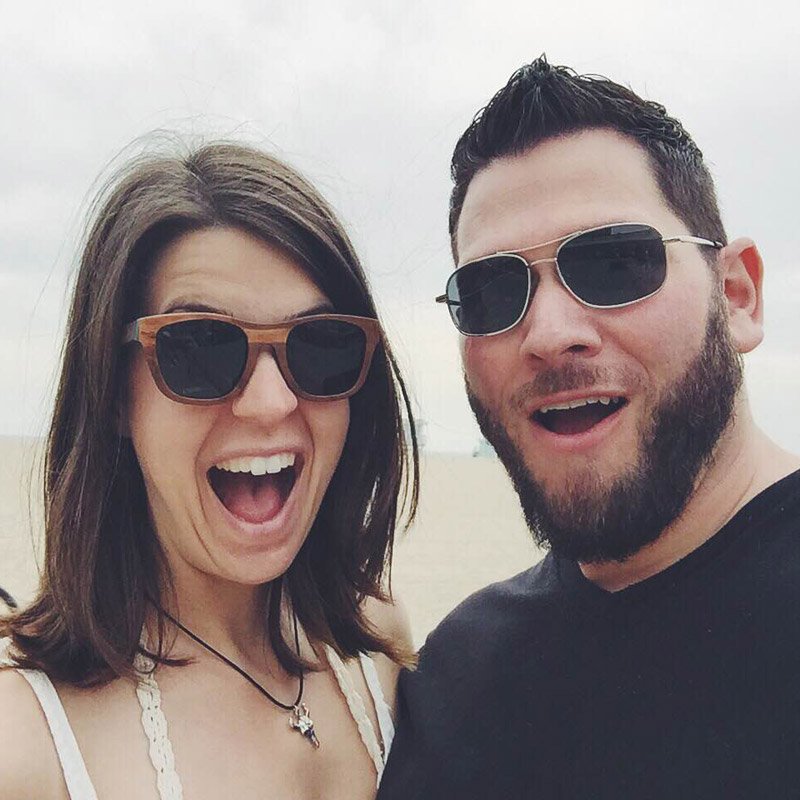 Was our trip a relaxing vacation, uhhh, definitely not, but we did have a good time, learned a ton, made new friends and survived the weirdness that is LA.